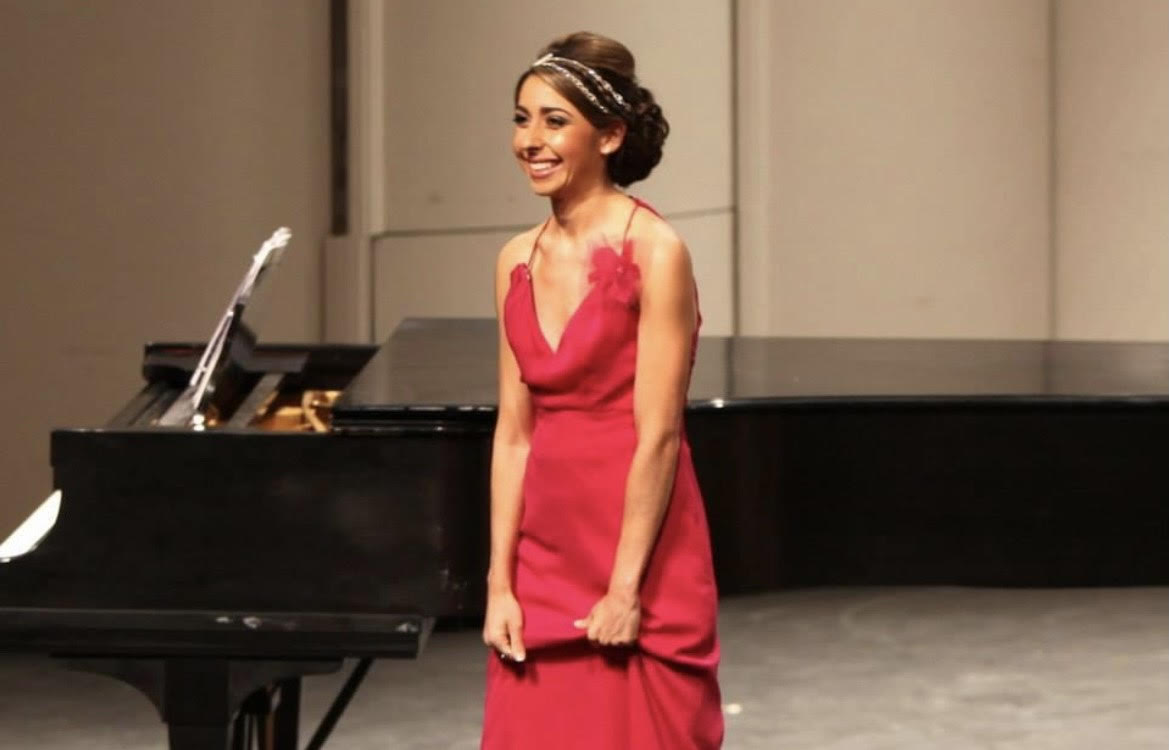 Martina Caruso is a classically trained musician and educator. She received her Undergraduate Degree in Opera Performance from Carnegie Mellon University in 2014 and earned her Master’s Degree in Early Childhood Education from Carlow University in 2020. For as long as she can remember, Martina’s two greatest passions in life were Music and Teaching. She spent the majority of her childhood singing in choirs, like the Junior Mendelssohn Choir of Pittsburgh and performing in various Musicals and Concerts, under the direction of her private vocal teacher, Claudia Benack, followed by Maria Spacagna at Carnegie Mellon.

Martina’s professional career has included aspects from both her undergraduate and masters degrees. After graduating from Carnegie Mellon University, she spent several years singing as a freelance vocalist, specializing in weddings and events in the Pittsburgh Region. She also worked full-time in Development for various prestigious Opera Companies in the US, including The Glimmerglass Festival in Upstate New York and The Pittsburgh Opera. In-between music professions, Martina worked in Programming for another Pittsburgh-based Nonprofit, Beverly’s Birthdays. It was her time working with the children within this organization that brought her back to school, pursuing her second passion and a career in education. She now works as a K-5 Music Teacher for the Pittsburgh Public Schools and continues to sing throughout the community. She is excited to combine her passions and expertise now, opening the Children’s Music Academy of Greater Pittsburgh, in the exact area of Pittsburgh where she first fell in love with music and started her roots as a musician. 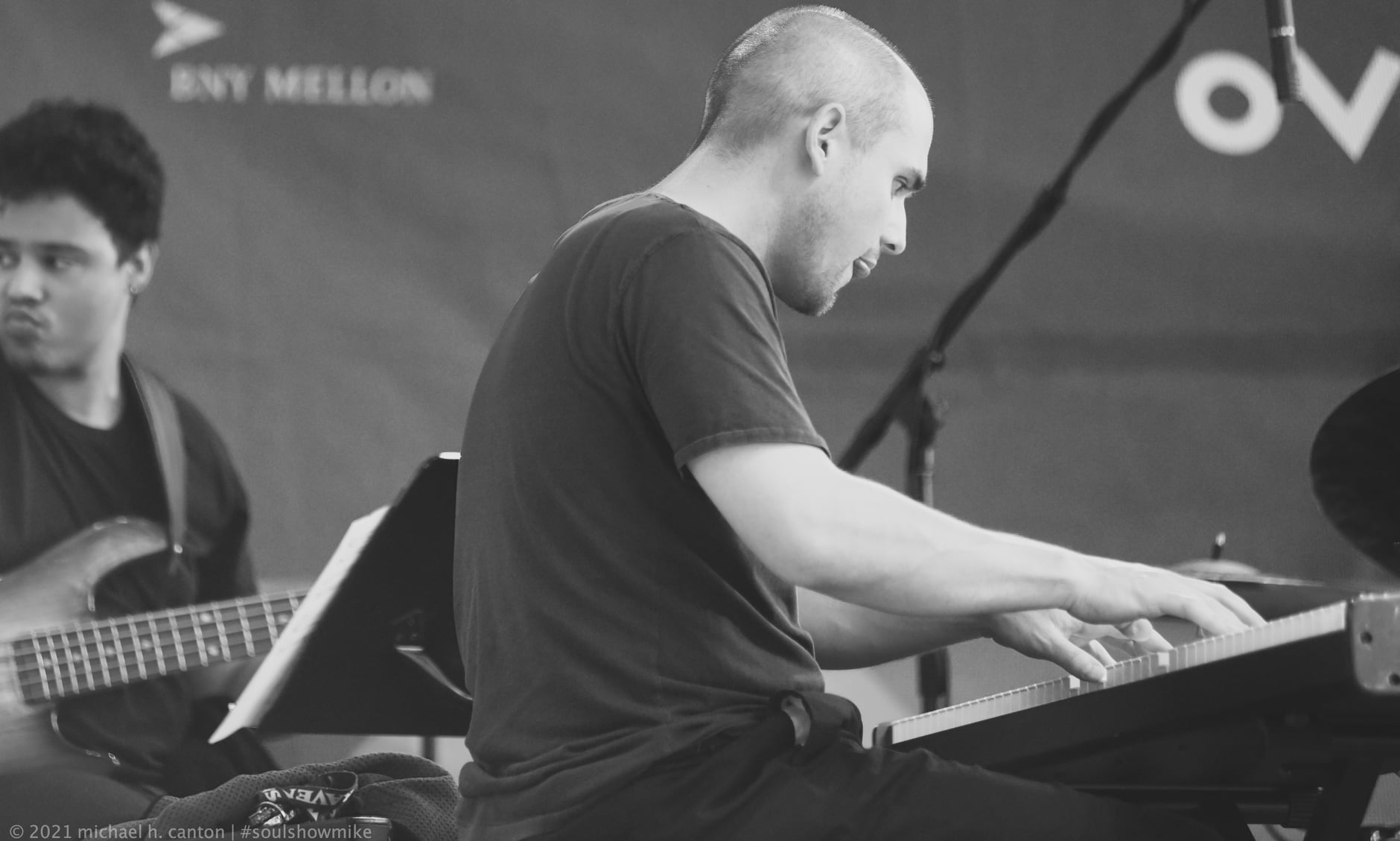 Michael Bernabe is a wide-ranging musician and has performed in a variety of settings throughout his life. After learning to play piano with the Suzuki method at a young age, Michael attended the American Boychoir School at 12 years old and had a rare opportunity to perform at home and abroad in places like Lincoln Center, Carnegie Hall, and with symphonies like the New York Philharmonic, the Boston Symphony, and Chicago Symphony. While with the Boychoir, Michael traveled throughout the US, to Canada, and even to Japan. It was this experience that laid the foundation for a future career in music.

Michael continued his musical journey at Duquesne University in Pittsburgh, PA and studied under Ron Bickel, Mike Tomaro and Sean Jones. After staying in Pittsburgh to finish his first Masters degree, Michael returned home to New Jersey to attend Rutgers University, studying with Bill O'Connell, Eddie Palmieri, and Fred Hersch, and earned his second Masters in Music Performance. After finishing school and spending a number of years between the New York City and Philadelphia music scenes, Michael has now relocated back to Pittsburgh and currently performs regularly with bassist Dwayne Dolphin, Cuban percussionist Hugo Cruz, drummer James Johnson III, and saxophonist Tony Campbell. He is active in many different music scenes in the city, including jazz, R&B, neo-soul, pop, and even salsa. Throughout his education and career, he has had the opportunity to share the stage with a number of all-time great musicians, including Jeff "Tain" Watts, Randy Brecker, Eddie Palmieri, Buddy Williams, Poogie Bell, Renee Manning, Earl McIntyre, Roger Humphries, and Victor Lewis.
‍
As an educator, Michael has held various positions in situations that involve children, teenagers, and young adults. Since relocating back to Pittsburgh, he has worked primarily with students with behavioral issues and those that are at an economic disadvantage in the Pittsburgh Public School district. It was in this position where Michael discovered a passion for helping those who are underprivileged. He also teaches piano privately throughout the Pittsburgh area, and he continues to maintain an active performance schedule. He looks forward to sharing everything he has learned with the future of Children’s Music Academy and M&M Music. 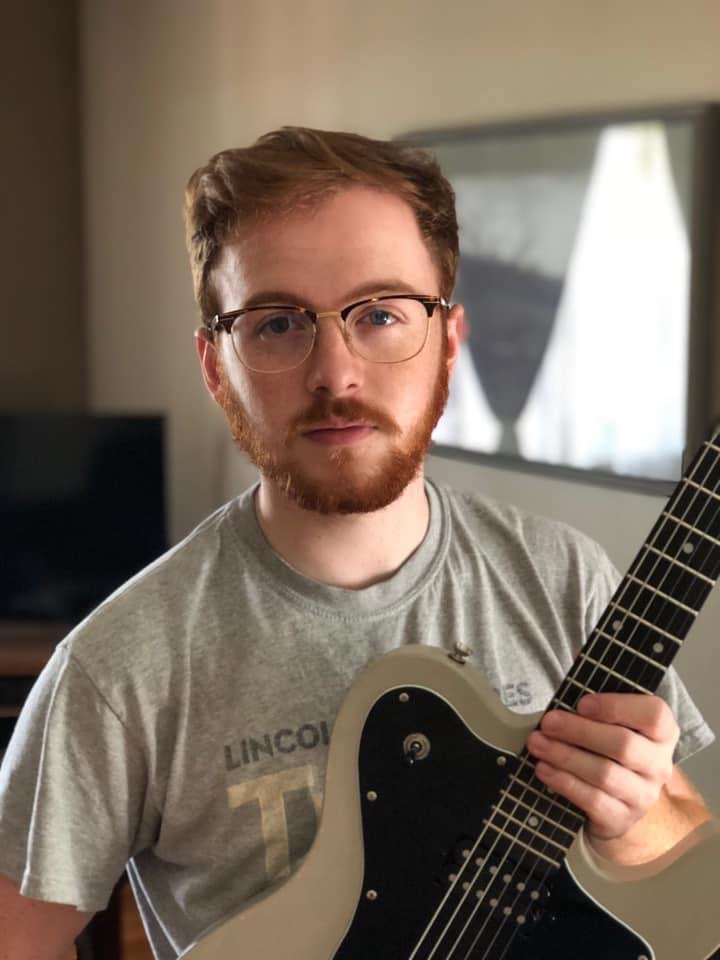 Daniel Mihelarakis is a composer, educator, and multi-instrumentalist from Coraopolis, Pennsylvania. He has been drawn to music from a young age, and grew up listening to his dad’s cassette tapes of Bob Dylan, James Taylor, and many more. When he was 12 years old, he started learning how to play the guitar by teaching himself some of his favorite classic rock songs by ear. Soon, this hobby turned into a passion, when he decided to attend Lincoln Park Performing Arts Charter School to learn more about music. It was here that he was first exposed to both jazz and classical music.

Daniel plays many musical styles such as jazz, folk, rock, and R&B, and has played with a diverse group of ensembles, including jazz bands, musical theater pit orchestras, and even symphonies. Daniel is excited to share his experience and love of music with the students here at M&M music. 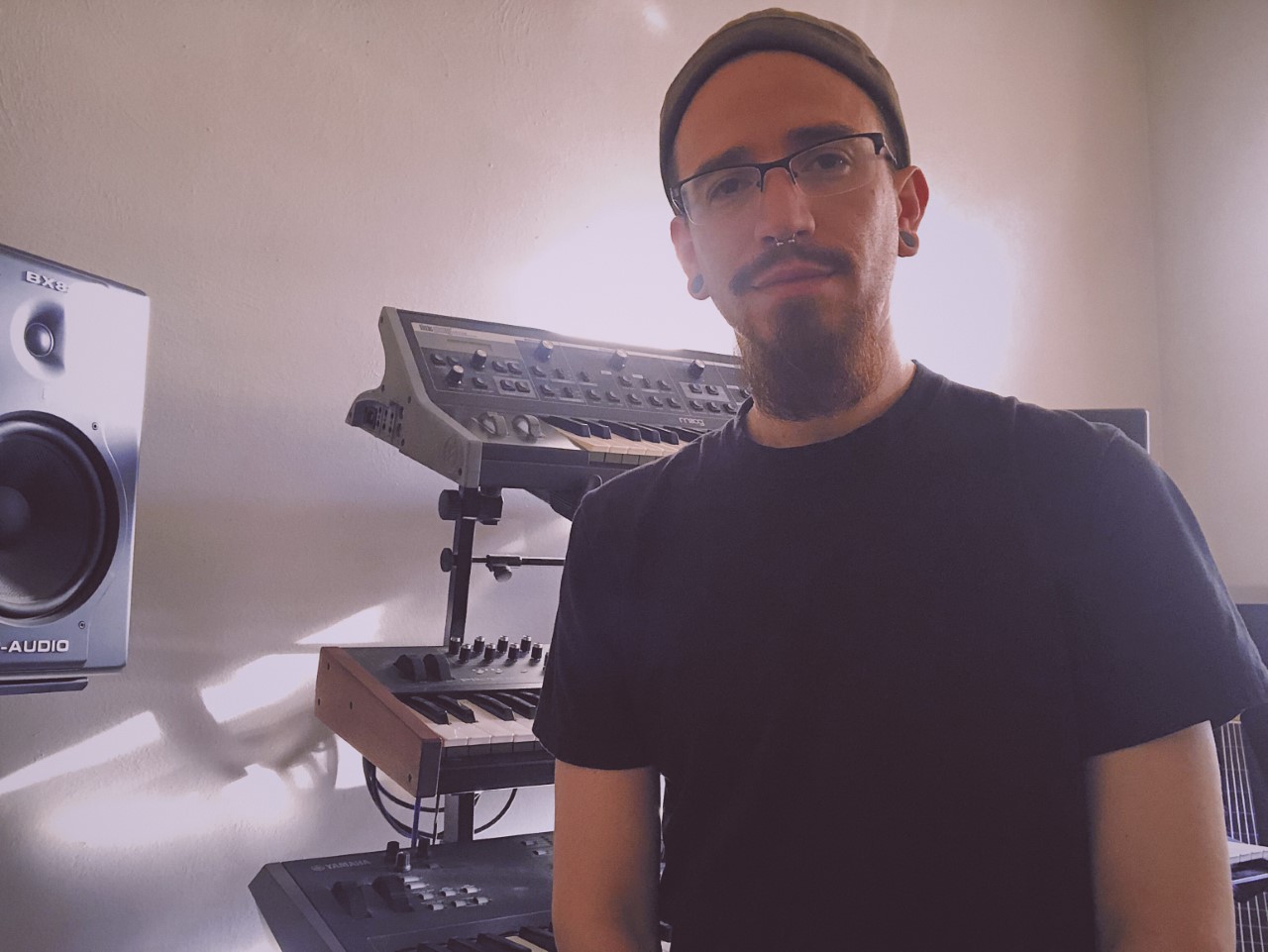 Jeremy, known by most as Remy, was born in Southern California. During his lifetime, he was introduced to music through his grandmother, who was a church pianist and organist, and his older brother, who is an accomplished multi-instrumentalist. Remy played trumpet and drums throughout middle and high school, eventually focusing primarily on music production until he dedicated his pursuit to piano and music theory.

During his time in Pittsburgh he has studied with Rick Gallagher and Ron Bickel, local pianists and educators, as well as a Kiefer Shackelford and Nicholas Semrad, who mentored Remy shortly between 2016 and 2019.

With 3 years of teaching, Remy has a deep passion for sharing the creative and healing powers of individual creativity through music. He teaches by incorporating a balanced approach of theoretical knowledge and freedom in creativity, tailoring each lesson to each student’s needs. He is excited to be part of the CMA/M&M Music team to share with all of the students who walk through the door. 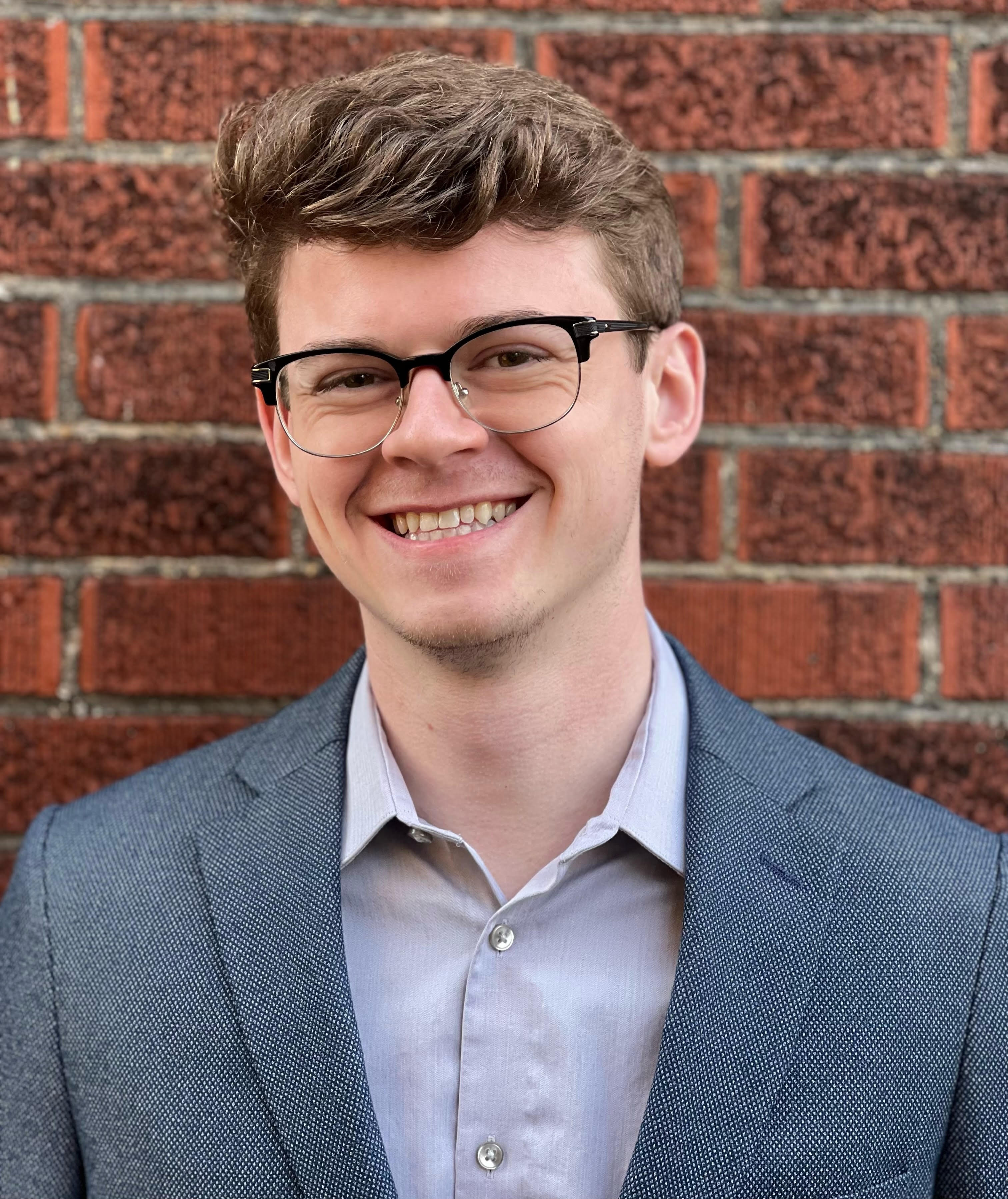 Over the course of his musical career, Winterhalter has had a wide range of performance experiences. As a student and freelance musician, he has performed with internationally-acclaimed guest artists (such as John Clayton, John Fedchock, Michael Davis, Greg Tardy, Steve Lippia, Chuck Bergeron, and Benny Benack III, among others), recorded original music for jazz ensemble, and continues to be an active member of the Pittsburgh music scene, playing with various groups across different idioms and styles. You may hear him with his small jazz group, Milestones, or playing with local ensembles like the Balcony Big Band! 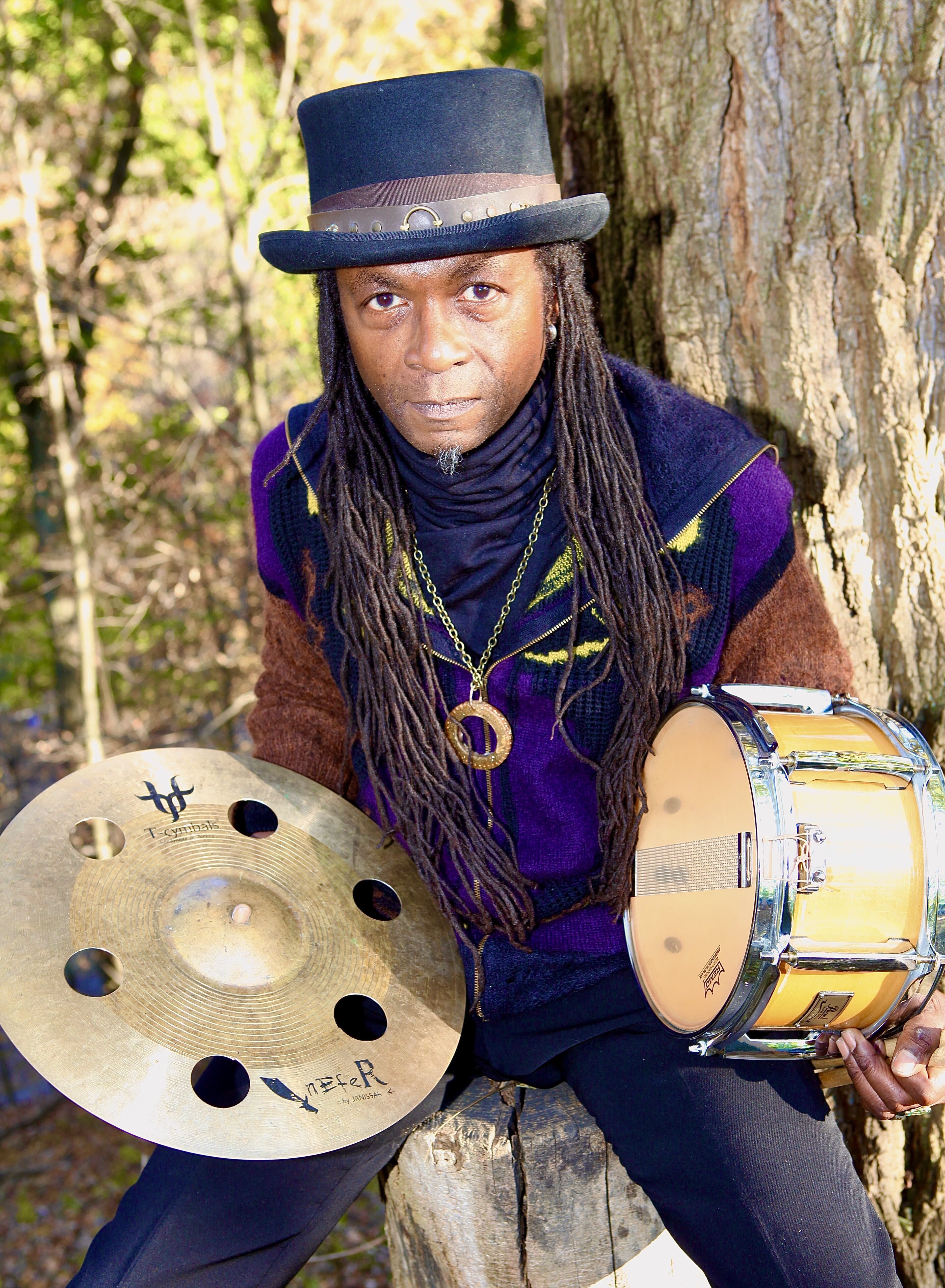 Brian E. Edwards was born in Pittsburgh, PA to musician parents. His love affair with the drums began at age three, and it was at that time his parents realized they had a prodigy on their hands. Brian came up in the strong Pittsburgh tradition of jazz, and decided to follow in the footsteps of great Pittsburgh drummers like Kenny Clark, Art Blakey, Joe Harris, and Roger Humphries. In his teens he attended the Pittsburgh High School for the Creative and Performing Arts where he studied under Roger Humphries. It was also around this time that he started to expand his abilities by diving into Drum and Bugle Corps, Fusion and R&B.

‍Upon graduating high school, he attended Duquesne University where he studied with Don Liuzzi and Lenny Rodgers. While studying at Duquesne, Brian began quickly building a reputation for being quite a “player,” and was soon getting calls from Pittsburgh greats like Kenny Blake, David and Maureen Budway, Dwayne Dolphin, Jimmy Ponder, Eric Kloss, Dakota Staton, Modern Times, Don Aliquo Sr., and Tony Janflone Sr. After leaving Duquesne, Brian embarked on a touring and recording career that has taken him to Europe and Japan numerous times. He has played most major European venues including Wembley Arena and Royal Albert Hall in performances for the Royal family. He also has several American and European television appearances under his belt some of which include: MTV Europe, BET on Jazz, Live @ The Dome-Berlin, Live on Q, Halloween Live w/Jenny Jones.

Brian’s international recording debut was on Jesse Johnson’s CD, Bare My Naked Soul. His second international release was his own CD, The Theorical Journey. Besides being an in demand drummer, Brian is a composer, producer, author of three drum instruction books, and a highly sought after instructor. Brian is not your ordinary drummer, but rather he is a visionary and music powerhouse that has to be experienced to be believed. 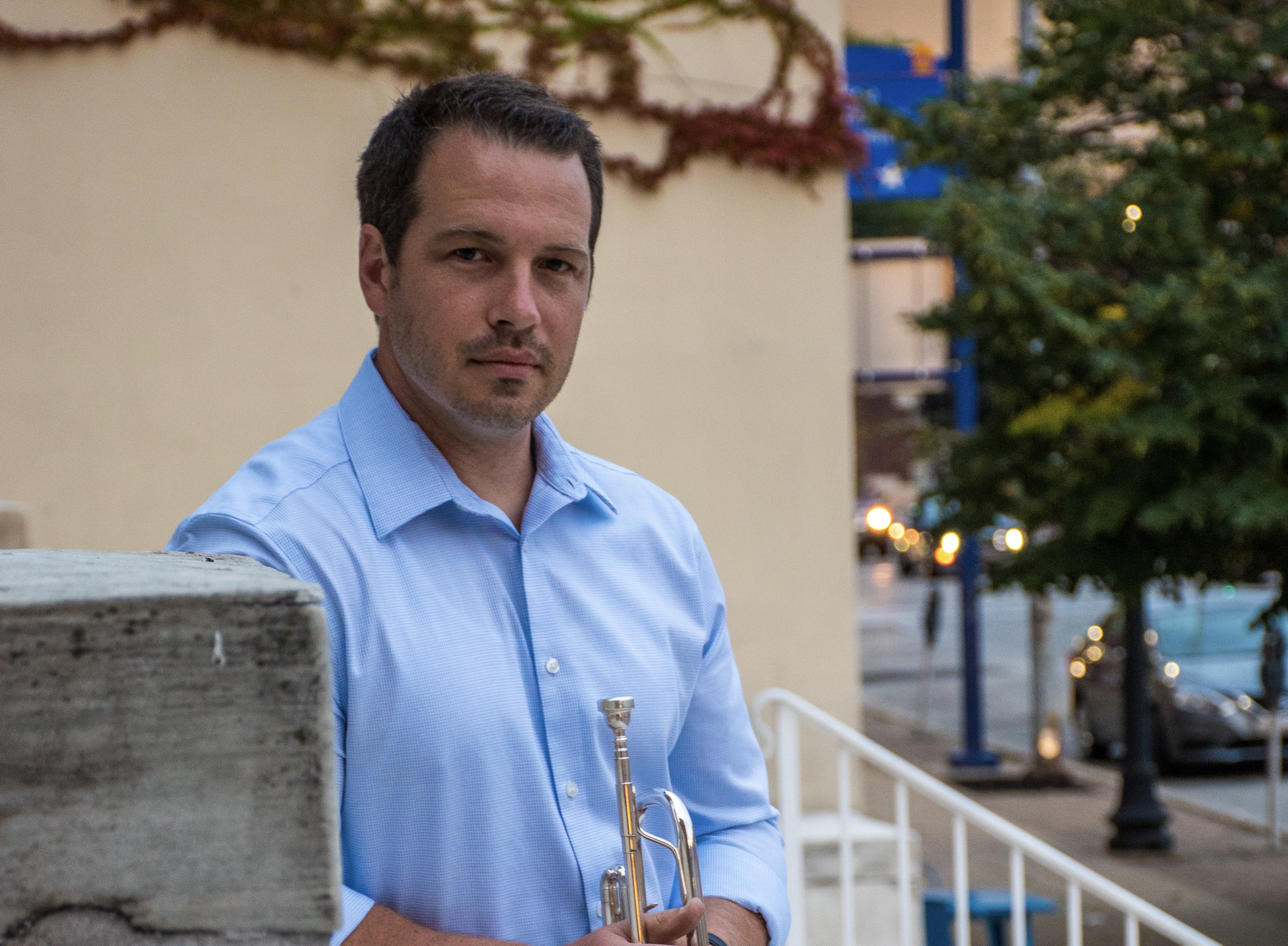 Director of Music Production and Recording

Ryan Spacht is a Pittsburgh-based trumpeter, arranger, and music producer. Ryan serves as the Director of Music Production and Recording for M&M Music Studios - Pittsburgh and is the Mentorship Ambassador for Berklee College of Music - Online. In the process of producing recordings, Ryan arranges songs, notates printed music, creates sounds with music software, and inspires musicians toward excellent performances during recording sessions.

An accomplished trumpeter, Ryan is proud to have served in the U.S. Army Band “Pershing’s Own” in Washington D.C., having performed in ceremonies and concerts of international significance. As an online studio trumpeter, Ryan has arranged and recorded for Disney Parks.

He brings a substantial depth of experience as a music educator, seeking to ignite a spark in every student performer while utilizing a nurturing approach. A Renaissance man, Ryan has tried his hand at many skills including plant and animal farming, tree felling, home renovation, small engine and machine repair, as well as bird watching.

IT'S EASY TO TAKE THE FIRST STEP.

Ready to start? You have nothing to lose.

Sign up is easy and parent-friendly, with helpful staff at the front desk six days a week to serve you. Because we only offer lessons on a month-to-month basis, there are no large upfront payments, no complicated contracts, no annual material or performance fees, and no semester minimums.

Lessons are first come, first serve, so contact us today to arrange your first lesson!

Lessons are available six days a week, and scheduled once a week. 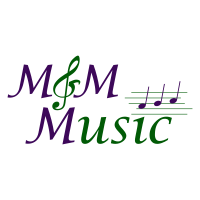 Offering quality piano, voice, guitar, and group lessons in Pittsburgh, and Making Music Last A Lifetime with Children's Music Academy in Pittsburgh, the South Hills, and beyond.